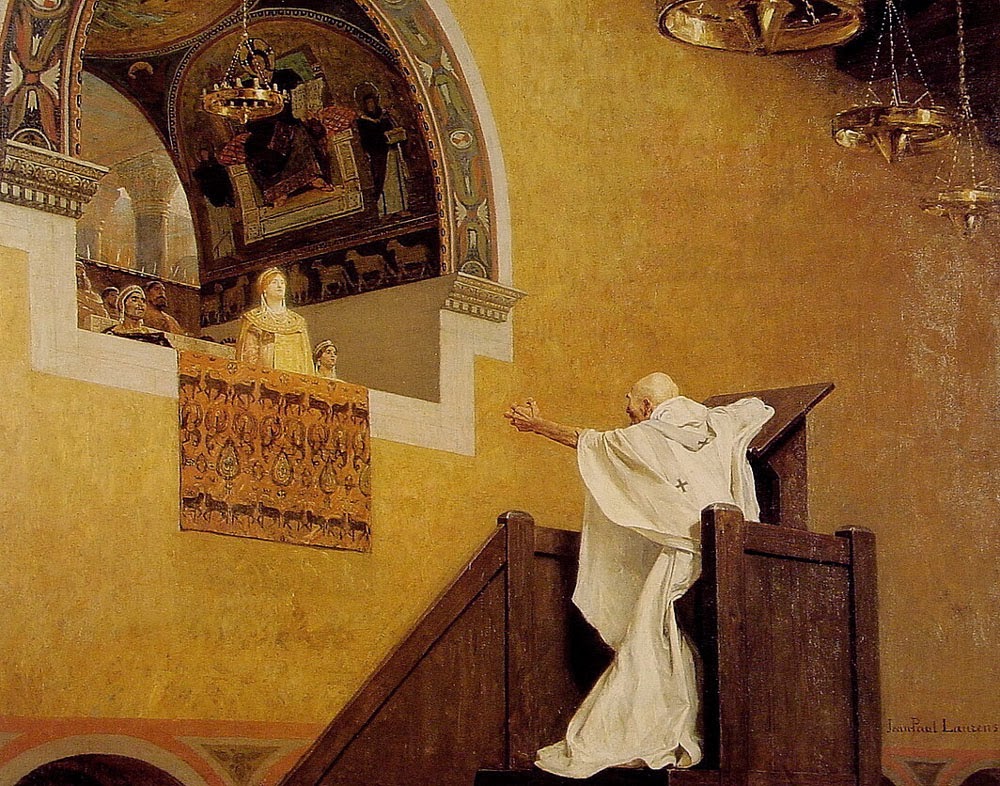 "The Maidan pushed the churches to rise above the status quo that dominated their relationship with the state for years, and to take the side of the society in its struggle with the violent regime. Now the churches need to make a step further and to judge the regime honestly. It is irresponsible for them to hide behind the reduced interpretation of the Scriptural statement that ‘all authority comes from God’ (Rom 1, 13). This interpretation is reduced because it cannot explain the position of such great saints as Athanasius of Alexandria, Ambrose of Milan, John Chrysostom, Maximus the Confessor, and others. These and others saints openly accused the authorities of their time of abuses. They did not limit themselves to the self-evident and secure appeals to be good and not bad. They called things by their proper names and were direct in accusing the authorities to their face. Now the churches that want to follow the example of the saints have an opportunity to articulate what the majority of the Ukrainian people have clearly understood, even though these people did not study moral theology in the theological seminaries and academies."

The above quote is taken from an essay entitled "On Maidan" by a noted Ukrainian Orthodox theologian, Fr. Cyril Hovorun. Hats off to the blog "The Raven" of the Friends of St. Elias Church for making it available in English, Ukrainian and Russian to a wider readership. The painting above famously recalls St. John Chrysostom in his role of advocate of Gospel truth over and against imperial power at Byzantium. The article has enjoyed no small amount of attention and respect in Catholic circles here in Ukraine.

Father Cyril labels his work a first theological reflection on a rapidly developing situation; he has unbounded admiration and praise for his people as they endure the cold and danger of "Europe Square" (Maidan), to assert their hope for a free and democratic future for their country, insisting upon respect for their dignity as persons. He challenges his Church to accept finally a new, post-totalitarian role in proclaiming the Gospel to Ukrainian society and, after the manner of St. John Chrysostom, challenging the powers that be in our day and time.

I think it is important to remember that no one  in these parts and for generations escaped the scarring and trauma of hell-bent repression in the 20th Century. Ukrainian society, thanks be to God, is emerging from the ruins; it is growing and changing, showing itself as noble and hopeful; Father Cyril wants the same for his Church.

That would indeed be enough said. It's considerably more than what a "tweet" allows, but then I guess younger people can understand my "old-fashionedness". Permit me to go on with a bit of a Gaudete/3rd Sunday of Advent reflection.

The lighter or upbeat tone of the 3rd Advent Sunday finds its inspiration in the Lord's closeness. Nothing could be more important or helpful to our world, baptized or not, than to finally "get it", so to speak. The Lord Jesus Christ, His Coming and His Coming in Glory, is indeed what life and destiny is all about. "Unless the Lord build the house, they labor in vain..." Worldwide, those who continue to try and hobble us, to drive us from the public square, are doomed, for indeed He will come on the clouds of heaven for all to see. Respect and justice cannot be deprived of their rootedness in the truth which comes to us from God. It is time to let in the King of Glory; it is time to stop kicking against the goad and finally let Him in.

Father Cyril wishes with the saints to assign the Church a prophetic role in support of society over and against temporal authority. Perhaps Father unfairly accuses his people of a reductionist interpretation of St. Paul to the Romans. At any rate, St. Paul and Church teaching is much more ample than the one scripture verse. I think better and more ancient teaching might be found in understanding the nature of all authority on earth as God-given from Jesus' own words at His Passion:

St. Paul and the Church from Apostolic times understood the respect reserved for temporal authority as anything other than an abdication of our responsibility but rather as a recognition of the accountability of even a pagan like Pontius Pilate before the Throne of God's Judgment. Authority is one. Christ will come again and before Him every knee shall bow. Advent gives us hope even in the face of repressive, western, secularist societies like those bordering on either side of the Atlantic.

Posted by Thomas Gullickson at 12:57 PM