There was a time not all that long ago when certain types of irrational behavior were attributed to some sort of gut feeling arriving from the awareness that one's "biological clock" was running out. The usual case was that of the single-still-at-home daughter who all of a sudden went on the rampage as if her parents were somehow to blame for the fact that she still hadn't found a suitable husband. There was great wisdom in the centuries old usage of arranged marriages, I dare say. At any rate, I can't say when I heard the expression used last, so perhaps it falls in the obsolete column. I am sure men have biological clocks too, which probably explains why some of them buy red, convertible sport cars at some point on or after their 40th birthday.

This image helps me understand much of what has been going on in the Church of late. The "biological clocks" of different groups are running out and they are unwilling to go down without a fight, unwilling or anguished at having to resign themselves to the fact that they have no one else to blame for their lack of fruitfulness, that others will supply the remedy or carry on without them. We see it with consecrated life (ever plummeting numbers of religious women), with a renewed liturgy which does not fill the bill, and with much more. At age 50, you might say that the biological clock of the Council has run out and that the proponents of the so called "spirit of Vatican II" have been hit by this gut-wrenching feeling that their inner clock has run out; they are passe and others are on deck.

I beg pardon for the defiant tone of these words, prudence and good common sense dictate that we just leave those having such issues the time and space to work through the thing as long as the family finances can afford the tutor at the local race track or cross-training doesn't kill him. On a societal or Church level, I guess we just have to endure as the Church did while heresies like Arianism, Donatism or Gnosticism raged on and on.

That said, I would also like to make clear my profound gratitude for the voices of reason within the Church, who work hard to call to order those kicking against the goad. We need to pray hard that those hell-bent on carrying us back to the "glory days" of the 1970's will fail and the restoration in continuity with the tradition and in faithfulness to Christ might continue apace and be crowned with success in God's own good time. 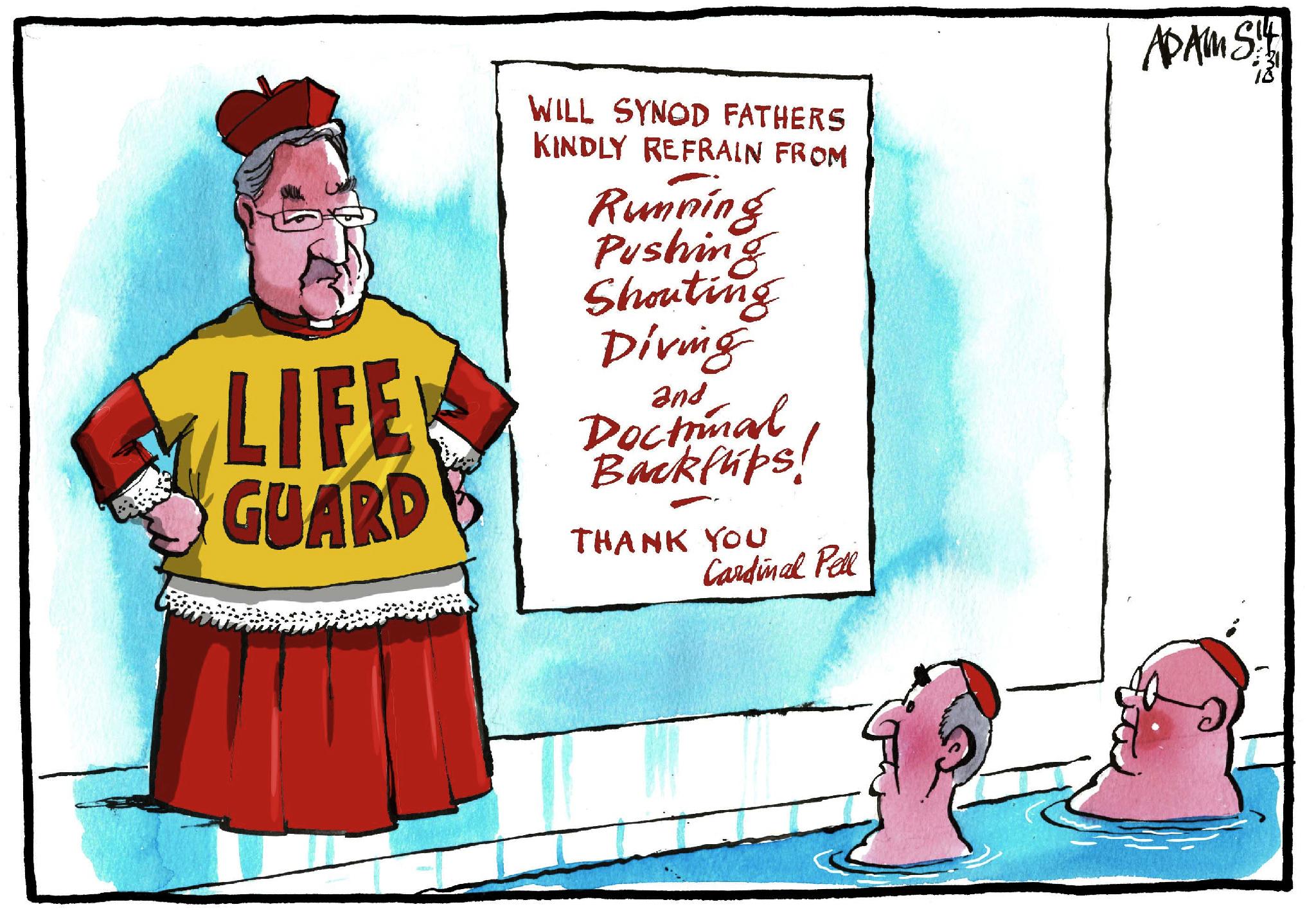 Posted by Thomas Gullickson at 2:45 PM