"But the Son of Man has nowhere to lay his head" 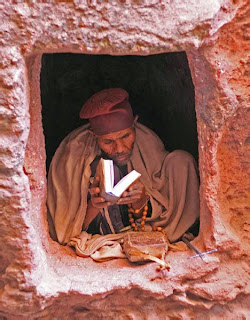 "ALWAYS choose toil, and love to be without the consolations of particular friendships and favours, which do not bring any profit with them to the soul; and rejoice to be ever subject to, and dependent on the will of others. Let every thing be a means of leading you to God, and let nothing detain you on the way. This should be your consolation, that every thing is bitter to you, and God your only repose." [The Spiritual Combat (Lorenzo Scupoli). Highlight Loc. 2486-89]

I've been mulling over this quote from Lorenzo Scupoli for a while. Besides taking it as a whole, I can break it down into seven parts and make each one speak to me. Scupoli's Spiritual Combat, if you will remember, was as dear a book companion to St. Francis de Sales or Bl. John Henry Card. Newman as was Thomas a Kempis' Imitatio. Both books are treasures for me as well. Let me offer a starter thought for each of the seven breaks in the paragraph which I have made and the reader can make his or her personal applications to one or all the parts or to the text as a whole, as I have mine and which will remain my own.

"ALWAYS choose toil,  I suppose he means toil as opposed to rest or leisure. For most folks work is a kind of compulsion, but I don't think that is what Lorenzo is choosing. The choice of toil would be opting to live as most folks do or did in the world: without disposable income, not far from hand to mouth, but with dignity. Overfed, overcompensated, and a few more overs, as I am and as most of us are in the clerical state, I think we have to choose toil or it never comes to us and we condemn ourselves thereby to have here and now rather than with the Lord our dwelling and our consolation.

and love to be without the consolations of particular friendships and favours, which do not bring any profit with them to the soul; Putting aside creature comforts in terms of our quest for leisure, one of the greatest complaints in our day is that of loneliness; people seek maybe friendship, but certainly companionship or camaraderie. St. Francis of Assisi was more of Scupoli's mind and advice when he spoke about perfect happiness being grounded in total deprivation of what might amount not only to basic sustenance, but also to human respect, to the extreme, if you will, of being rejected even by those, like his Franciscan brethren, who owed all they were to him. Having friends and being favored, as any number of us are, sort of makes this exhortation something of a novelty to try and imagine, especially since it is so foreign to the inclination of our disordered will. We need to be moving on toward the Kingdom, without lingering or looking back. A start would be simply to free ourselves of pining for such or clinging to whomever in the hopes of knowing some interpersonal warmth.

and rejoice to be ever subject to, and dependent on the will of others. Most of us men tend to champ at the bit, to long for being our own boss. Just this morning, I happened on an article which encouraged successful, entrepreneurial people to put their fitness programs above all else, even above the office routine of their work day. Again, the leisure of self determination seems to be a path different from that indicated by the great spiritual master. Moreover, I wonder if there is any way to escape "servitude" other than subsistence farming on your very own land; most of us live in society dependent upon the will of others. Scupoli would have us make the best of our common lot.

Let every thing be a means of leading you to God, I think the author has something different in mind than some of the apologies I have heard over the years for indulging oneself as a respite from hectic. It is not far from the intent or explanation of this brief exhortation to let your whole life be a prayer. I think Scupoli has in mind personal tragedies, various types of setback, and even oppression as occasions for coming to God as opposed to spinning out of control. I remember on a hospital visit, forty years ago as a transitional deacon, being at a loss as to what to say to a woman who was despairing of life after a completely successful gallbladder surgery, because she wouldn't accept the post-op pain routinely associated with that surgery back then. Crosses big and small need to be embraced and to help us lift our eyes to the heights.

and let nothing detain you on the way. Life, true life, has to have a trajectory and an urgency about it. Purposefulness is something we talk about, but which never, at least not all together, takes hold in our lives. Ascetic practices, of course, are a clear statement to this end. By denying ourselves so many things and occasions we have gone half way. The other half is clearly expressing in word and deed that there is where I want to go. Shortly after being assigned to Ukraine, I gave an interview which has come back, praise God, to haunt me time and again. What is your goal for yourself here in Ukraine was the question posed by the young interviewer and I think I rightly answered, that it was my purpose here as anywhere to become a saint. For some odd reason, others who read the published interview did not expect that from me and found ways to show me their approval. Their compliments have been my challenge to pick up and move: let nothing detain you, says Lorenzo.

This should be your consolation, that every thing is bitter to you, There is the common sense pagan, who may even be a very upright Catholic, who bristles at such an expression and classes it as some kind of theological or moral excess; that all should be bitter must certainly be an error presumes he or she. Not everyone in the world thinks that way. In my reading lessons in Ukrainian class, my teacher showed a great sympathy for figures who were wanderers, itinerants, simply errant, without house or family to call their own. The word мандри in any of its various forms seems to attract and inspire a certain literary or cultured class of folk. Neither the word in its proper use, nor they, nor Scupoli seems to have the vagabond in mind, but rather someone detached for the sake of values classifiable as of the spirit. The notion is obviously bittersweet in Ukrainian literature and culture; for Scupoli it is not so much a lot imposed as it is a choice with our trajectory to God taking precedence.

and God your only repose." I picked the photo of the monk because it is not clear if his life is that of a cenobite or an anchorite. Undoubtedly, both the member of the monastic community and the hermit are called to find their only repose in God Himself. What about the rest of us? What about me? Here's where I add the little "smiley face" and then close.