Reconfiguring the Cosmos - Under Christ's Lordship, Today and Tomorrow 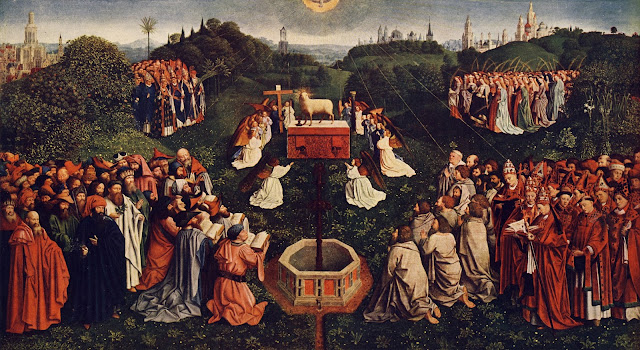 The sad litany of all in the world that we can recount as disordered these days seems to be without end. The most common and for me unacceptable reactions to the folly/tragedy of any number of wrongs out there would seem to be two: a sense of helpless desperation and/or a kind of undifferentiated hysteria, both inclined to feigning acceptance of things as they seem to be. Both are little more than emotions; either or both seems to be embraced by many, even among our family and friends, out of a certain sense of resignation to well "that's just the way things happen to be", demonstrating if not almost tolerant comprehension, then sympathy for some folks misplaced "drama" (viz. SSM propaganda). This cannot be right. Our world seems very much out of kilter. Boldfaced lying to gain temporary personal advantage over others seems to characterize the rule of today's jungle. The powers-that-be in government, business and labor resort to such violence as readily as does the proverbial spoiled brat, whom nobody seems to be allowed to discipline any more. As I say, this cannot be right, because God created an ordered world, which, after the sin of our first parents, He redeemed once again from chaos and darkness by His own Son's redemptive death; cost us what it may, we need to be cooperating with His Will. There has got to be something we can do to reconfigure that cosmos of our daily living in conformity with the Divine Will for our happiness in this life and in the life to come.

For some reason in analyzing this drama, a passage from the Book of Jonah came to mind:

"The LORD God appointed a bush, and made it come up over Jonah, to give shade over his head, to save him from his discomfort; so Jonah was very happy about the bush. But when dawn came up the next day, God appointed a worm that attacked the bush, so that it withered. When the sun rose, God prepared a sultry east wind, and the sun beat down on the head of Jonah so that he was faint and asked that he might die. He said, “It is better for me to die than to live.” But God said to Jonah, “Is it right for you to be angry about the bush?” And he said, “Yes, angry enough to die.” Then the LORD said, “You are concerned about the bush, for which you did not labor and which you did not grow; it came into being in a night and perished in a night. And should I not be concerned about Nineveh, that great city, in which there are more than a hundred and twenty thousand persons who do not know their right hand from their left, and also many animals?” [Jonah 4:6-11]

Most people will shake their head at this passage and deny Jonah his temper tantrum before God. My presumption is that they do so firmly taking God's part in the conversation: Jonah is the "drama queen" if you will and God is in the right, sparing Nineveh. Many of these same people, when they are not reading Scripture, keep silence about God's rights and accede to cries no less petty than the bush lament of Jonah. To my way of thinking these cries are far less honest than that of the OT prophet, as when we talk about anything "pro-choice" regarding the crime of abortion (an industry born out of hell, criminal in every way long before the appearance of the undercover videos which powerful political and economic interests are struggling hard to suppress). These same "Christians" express sympathy for all those folks who are at the same time disconsolate over the shooting of Cecil, the African Lion. Countless husbands and wives abandon their duties in justice and in charity toward their spouses, totally ignoring their children's need for a safe and stable environment for growth. These people fidget over some power-lifter, who just can't decide between competing as a man or a woman. As surely as Jonah thought to deny the Lord His justice and truth toward Nineveh repentant, so an overarching "political correctness", denying objectivity and truth, lyingly suppresses all that "me-myself-and-I" finds uncomfortable. My annoyance is principally with those who make themselves accomplice to such falsehood by their silence, resignation or dissimulation in the face of such wickedness.

I just finished spending some of my Saturday free time listening to a knowledgeable podcast on prospects for peace in Ukraine. Apart from doing expert kind of sharing on future scenarios for the region and the world, the participants in the discussion made very clear that the West has put Ukraine "on the back burner" perhaps even until the end of 2015. I'd like to frame my own analysis of much of the discussion you hear on implementing Minsk 2 and the neglect of the urgency of the present still very violent situation by focusing on the countless people in the fighting zone of the Donbas and displaced elsewhere who lack shelter, food and water. In the terms outlined above about my perception of the pendulum swing between some people's hysteria and that sense of helpless desperation which most folks take as an out from their having to assume responsibility. It would seem that prevarication is the order of the day. It would seem that the lies and their perpetrators have the upper hand as good men and women remain silent or shrug their shoulders.

For all the urgency we see in ordering relationships among persons and defending traditional institutions like marriage and family, in respecting life, in caring for a world of people in desperate need through no particular fault of their own (refugees and illegal immigrants), I would further make a plea to resist the temptation to cede ground before the onslaught of lies, falsehood and denunciation, which can only find its origin in the machinations of the "accuser of our brothers". Discrediting the other as unworthy of our defense or respect and walking away from his plight is also wrong when we need to be facing the challenge of Ukraine. The failures of the past in Moldova, Armenia, Georgia and countless other frontier territories does not excused continued withdrawal in the face of lawless aggression.

While Christ's Kingship will indeed find its fullness for all to see when time is no more, it must be conceded that we do indeed have a part in preparing His Coming by choices made in the here and now. Prevarication can even cloak itself in the trappings of religion. This should not necessarily confuse us because such pious show never truly gives God His due.

It could be that the movers and shakers of society have sold themselves to expediency and cloak their accommodations in empty thunder. Truth and the service of the living God demands more of His servants. We hope and pray that no matter the cost God will be served for His own glory and our salvation on that great and terrible day.

Posted by Thomas Gullickson at 1:48 PM